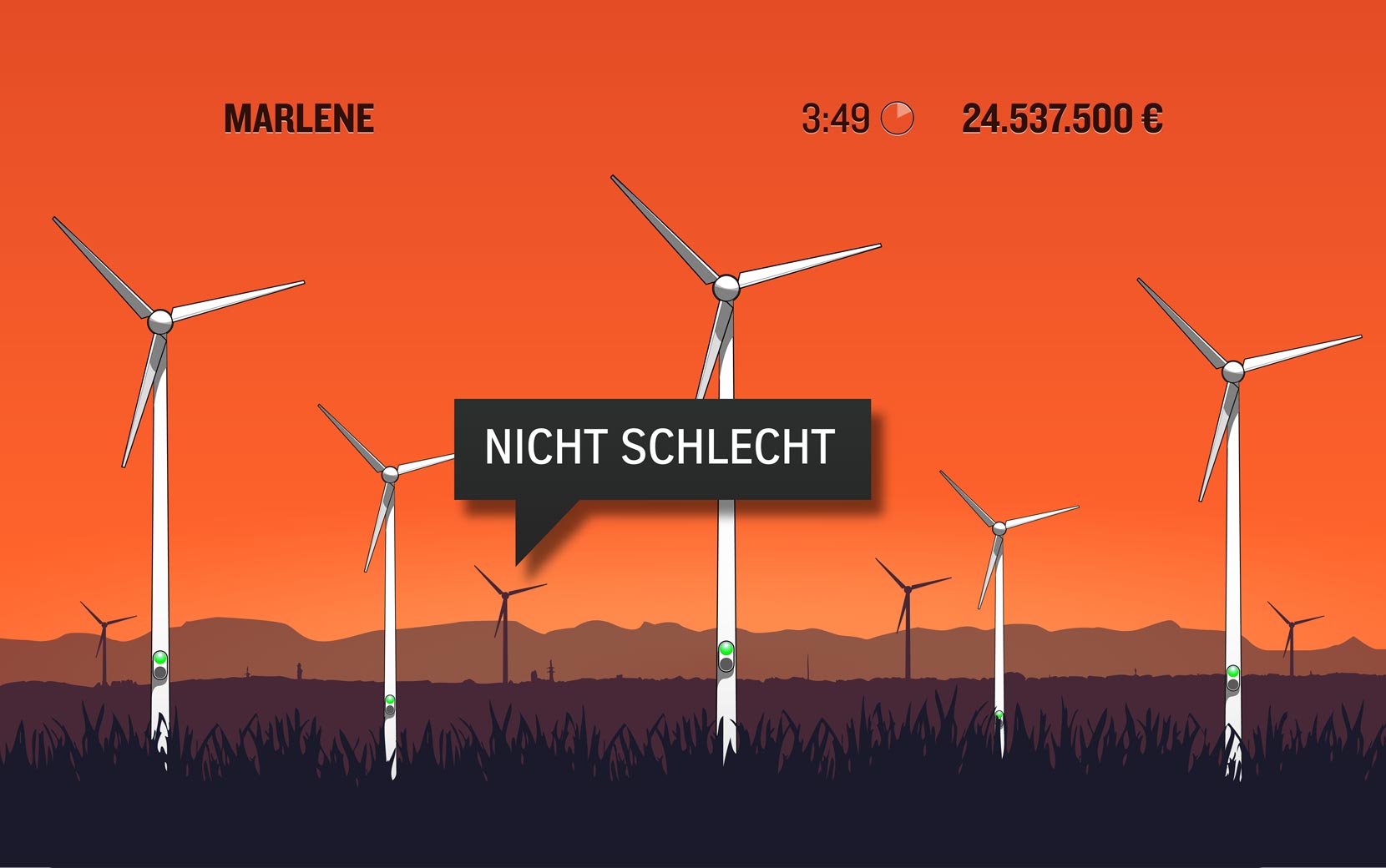 Build a plane with us! 3.0 ThyssenKrupp Aerospace

As with the first two editions of the game (2006 and 2008), the task was again to implement supply chain management using the example of aircraft construction in a playful and playable way.

The focus is certainly on the fun of the game, but the educational element should not be neglected. The new game should be up to date again in terms of interaction and user interface, and the level of reality of the simulation should be somewhat higher than four years ago.

Which is, under the same conditions as for the ThyssenKrupp run IdeenPark (suitable for the stage, several players at the same time, no or minimal learning curve and a playing time of about 3 minutes), easier said than done

A strategy, labyrinth and memory game mix that transports the core of ThyssenKrupp's performance in a simple way. Namely, listening, procuring, delivering and all that on time, at the best price and to the right place. The inevitable warehouse, feared by logisticians, also plays a central role as a lever for success and contributes to the game result. And just like in real life, the "unforeseen" occurs in the form of small but tricky interrupter games.

The list of highlights is long. The already mentioned "height of time" provided a touch interface, which could only be the interface for the players themselves, since a stage with an audience would hardly benefit from it.

The solution was a two-track implementation based on Flash/Air, which once ran as an app on three iPads and simultaneously as a desktop application on three PCs. The six devices were connected with their own protocol via WLAN, which was largely fail-safe when individual subscribers were lost and re-integrated.

Both versions are not completely identical, because the iPad computing power doesn't allow everything that is beautiful and the aspect ratios are once 4:3 and once TV-typical 16:9.

The completely inhouse illustrated game comes with a special insider gag: since absolutely all elements are vector-based constructed and drawn, there are for the first time the "screenshots in 300 dpi" so often requested by publications. You never know.